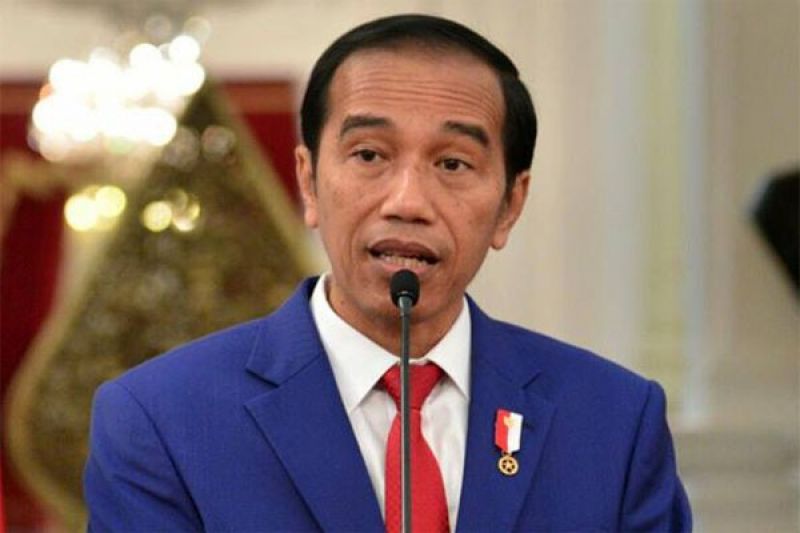 KARYANASIONAL.COM – A "Father of Tourism" honorary title has been bestowed to President Joko Widodo (Jokowi) for a series of his initiatives and commitments in developing tourism industry in Indonesia.

Jokowi received the title from Chairman of the Association of Indonesian Hotels and Restaurants (PHRI) Hariyadi Sukamdani during a gala dinner to celebrate the 50th anniversary of PHRI, held at the Jakarta Convention Hall, in Jakarta, on Feb 11, 2019.

"The honorary title was bestowed by PHRI on Mr. Jokowi for his initiatives and commitment to tourism development since he was the mayor of Solo," Sukamdani noted.

The country’s security and stability situation were also good under the administration of Jokowi.

The increase in investment in hotel and restaurant development has reached 78.6 percent as of the first semester of 2018.

The total number of tourists arriving in Indonesia in 2018 had reached 15.8 million foreign travelers and 265 million domestic visitors, according to Sukamdani.

The PHRI chairman is optimistic that the target of 20 million foreign tourist arrivals in 2019 would be achieved through certain strategies.

"This year, we support the government by creating programs to increase hotel room and restaurant occupancies. More than that, we also plan strategies by offering hot deal products and intensifying business-to-business cooperation with major airlines and travel bureaus online," Sukamdani stated.

With the 2.50 million tourist arrivals, Malaysia took over China, which ranked second, with 2.14 million or 13.52 percent of the total.

The number of tourist arrivals from the Middle East reached 226.9 thousand, declining 6.13 percent from 284.4 thousand.

The tourist arrivals in 2018 fell short of the government-set target of 17 million for the year. However, the amount of foreign exchange earnings from the tourism sector is estimated to have increased significantly.

In December 2018 alone, the number of tourists visiting Indonesia was 1.41 million, increasing 22.5 percent from 1.15 million in December 2017, he remarked in a statement.

Yahya lauded the contribution of hotels and restaurants in helping achieve the government’s tourist arrival target.

"Accommodation and culinary arts have become the largest revenue contributors to the Indonesian tourism sector, reaching 60 percent, comprising 40 percent from hotels and 20 percent from culinary," he pointed out.

While receiving the honorary title, Jokowi highlighted the high potential of tourism in becoming the largest contributor of foreign exchange.

"Our tourism potential is huge. We are among the six most beautiful countries and the top 10 countries that must be visited," he revealed.

Jokowi believes that such recognition must become a brand and asset for Indonesia’s tourism, he added.

He stated that tourism has contributed to foreign exchange worth US$16 billion, exceeding those from palm oil and CPO. "Now, it is already the highest," Jokowi noted.

The president has ordered the public works and public housing minister to prioritize infrastructure development in four of the 10 New Bali tourist destinations. The four priority destinations are Mandalika, Lake Toba, Labuan Bajo, and Borobudur.